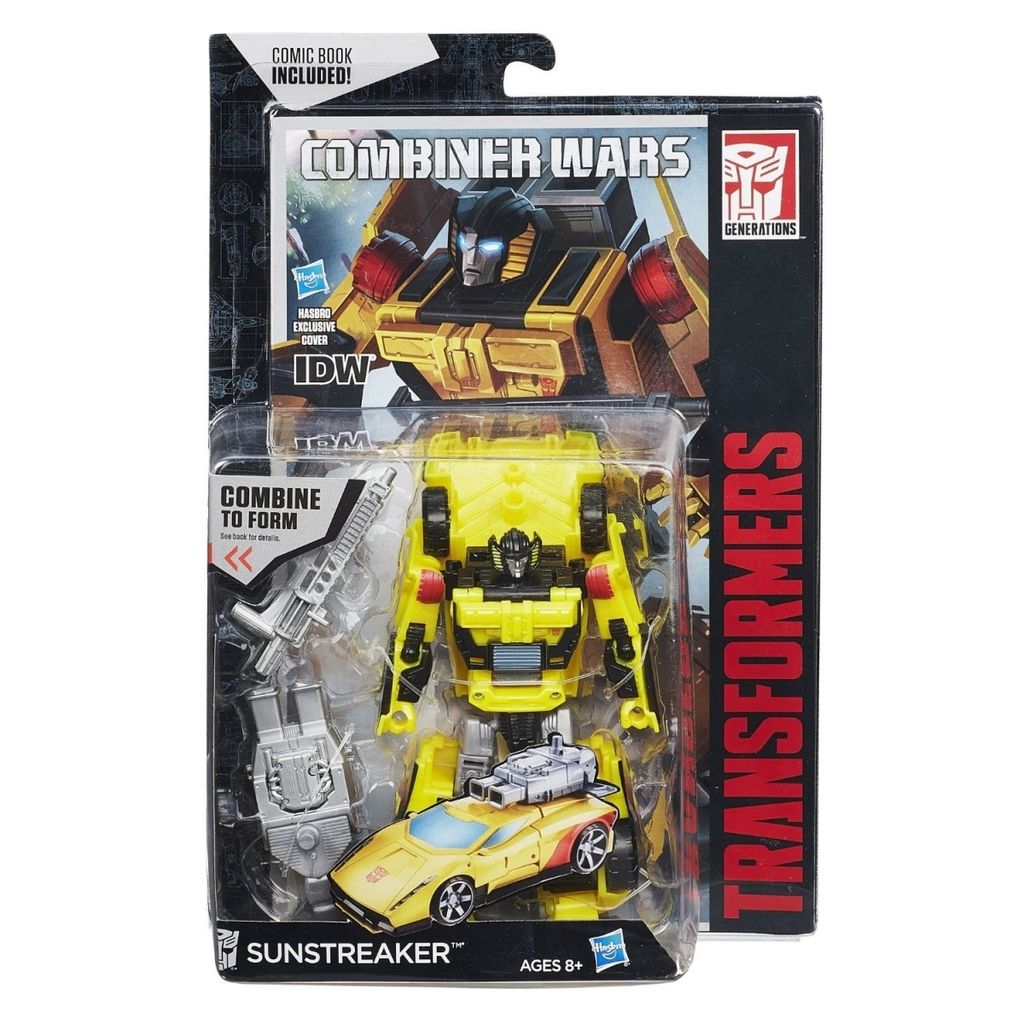 A Combiner robot needs contributions from every bot that forms it, and Optimus Maximus is no different. Optimus Prime can bring the courage. Prowl can provide the strategy. Sunstreaker? He makes this Combiner look goooood.

Combine and convert for awesome Transformers action! This cover ops Sunstreaker figure brings his blaster to the fight when he’s in robot mode, and he converts fast to sports car mode when chasing down Decepticons is the primary objective. But he can also become an arm or a leg when the battle calls for you to build a truly hardcore Optimus Maximus warrior! (Other figures sold separately.) Whatever mode your Sunstreaker figure is in, he’s going to bring maximum carnage to the battle!Transformers and all related characters are trademarks of Hasbro.Includes figure, accessory, comic book and instructions.• 2-in-1 Sunstreaker figure has robot and sports car modes• Includes blaster and comic book • Figure becomes an arm or a leg to build a Optimus Maximus figure (other figures sold separately)• Converts in 12 stepsAges 8 and up