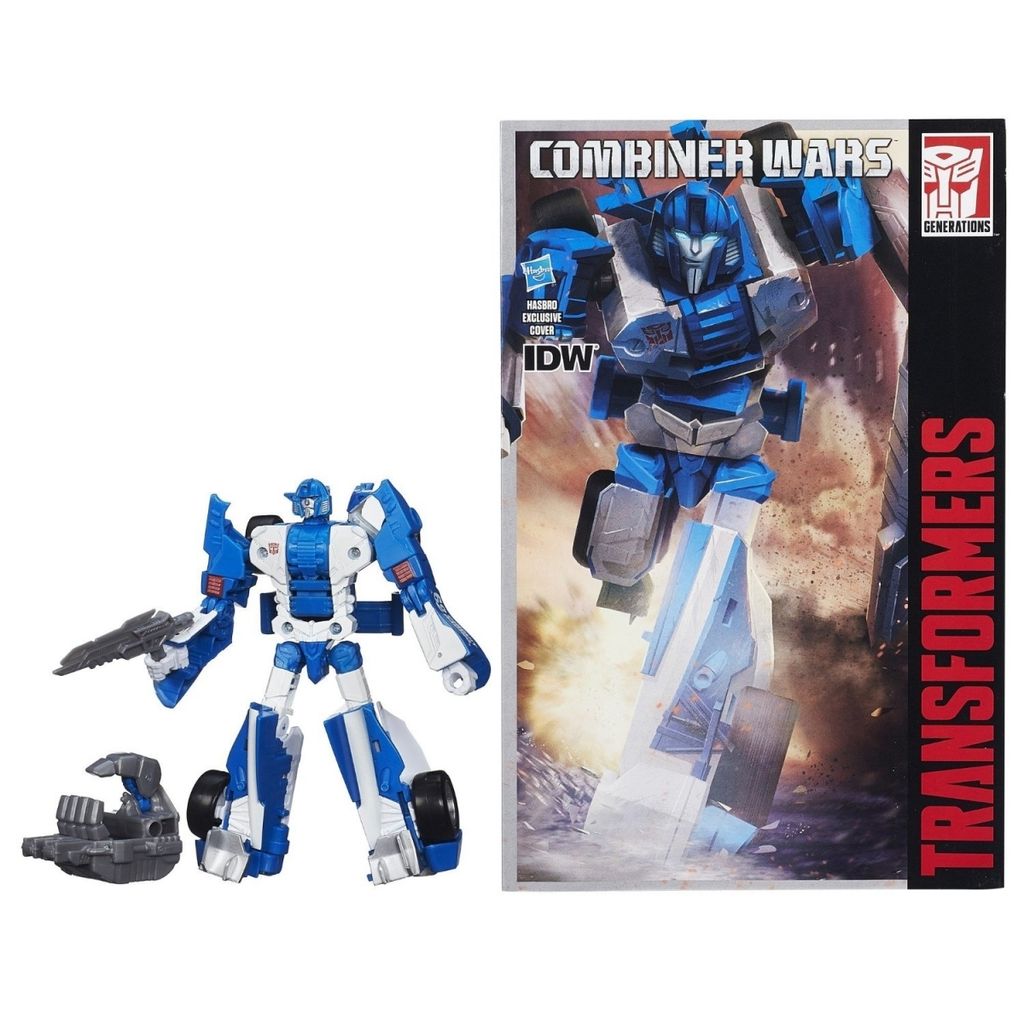 Put the cloaking power of Mirage in the hands of a Combiner and look out — that's 30 tons of steel sneaking up behind you and walloping you with a punch you can't see coming. The Decepticons won't know what hit them.

Combine and convert for awesome Transformers action! This cover ops Mirage figure brings his blaster to the fight when he’s in robot mode, and he converts fast to race car mode when chasing down Decepticons is the primary objective. But he can also become an arm or a leg when the battle calls for you to build a truly hardcore Optimus Maximus warrior! (Other figures sold separately.) Whatever mode your Mirage figure is in, he’s going to bring maximum carnage to the battle!Includes figure, accessory, comic book and instructions.• 2-in-1 Mirage figure has robot and race car modes• Includes blaster and comic book • Figure becomes an arm or a leg to build a Optimus Maximus figure (other figures sold separately)• Converts in 9 steps• Ages 8 and up