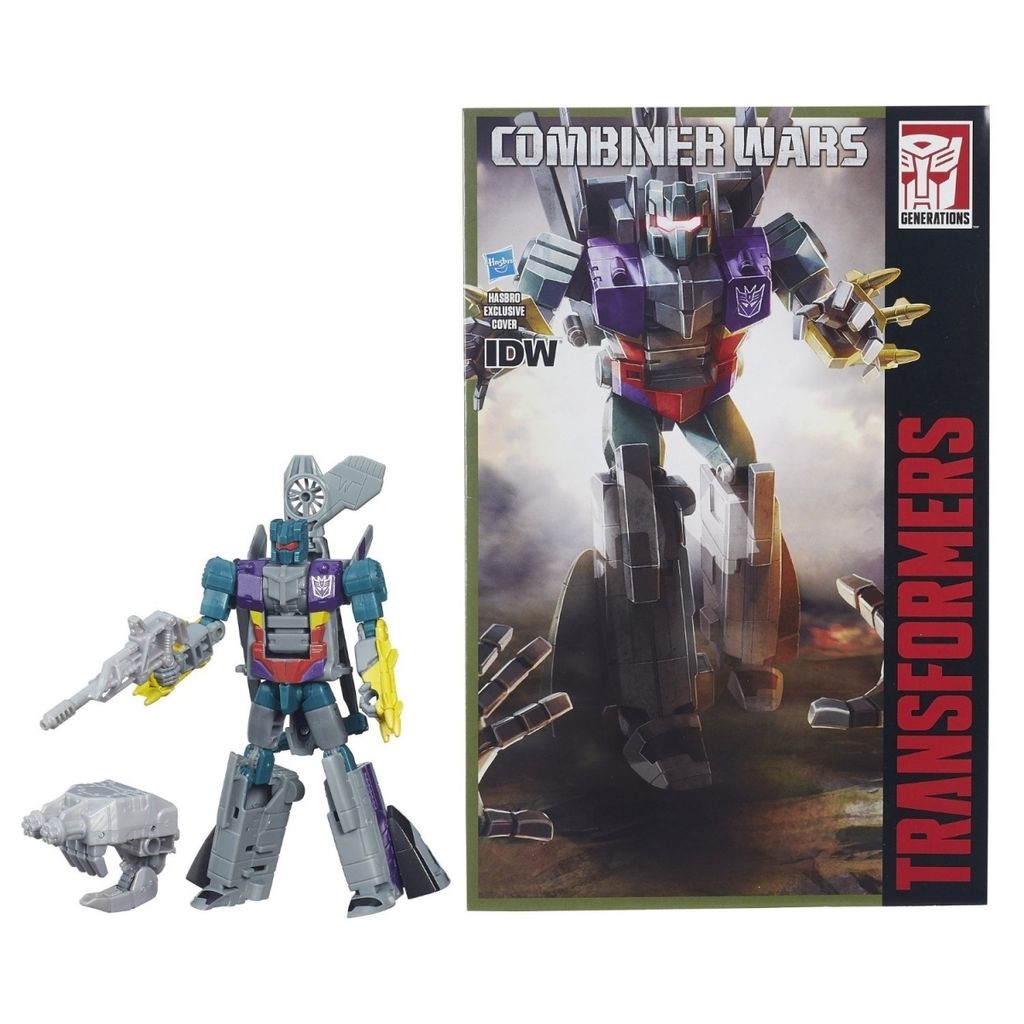 The battle doesn't get any bigger than this! Transformers Generations Combiner Wars figures combine to form giant super robots. Build the some of the most powerful Combiner robots from Transformers lore, including characters like Superion and Menasor, or come up with a different combination! This Deluxe Class Decepticon Vortex figure can become part of a Bruticus Combiner build. Collect all 6 Combaticon figures (each sold separately) to build a Bruticus figure.

Decepticon Vortex is the interrogator the Decepticons call when they need someone to cough up information. He'll take his targets for a wild ride, twisting, turning, looping, and diving through the sky. It's enough to make any bot cough up their secrets. He combines with his fellow Combaticons to form Bruticus. Onslaught forms the torso, Decepticon Vortex and Decepticon Blast Off form the arms, Swindle and Brawl form the legs, and Decepticon Shockwave becomes a Combiner weapon. Collect all 6 Combaticons figures to build a giant Bruticus Combiner robot. (Figures are each sold separately.) The Combiner Wars universal connection system makes this Decepticon Vortex figure compatible with Voyager Class Combiner Wars figures, so there are numerous combinations that can be created. Bruticus 2 of 5. This Decepticon Vortex figure changes from robot to helicopter and back in 13 steps and, with 2 arm-mount missile array accessories, comes ready for battle. It also comes with a collectible Combiner Wars comic book featuring a Hasbro-exclusive Decepticon Vortex cover, specially created character content, and a look inside the Transformers design desk.