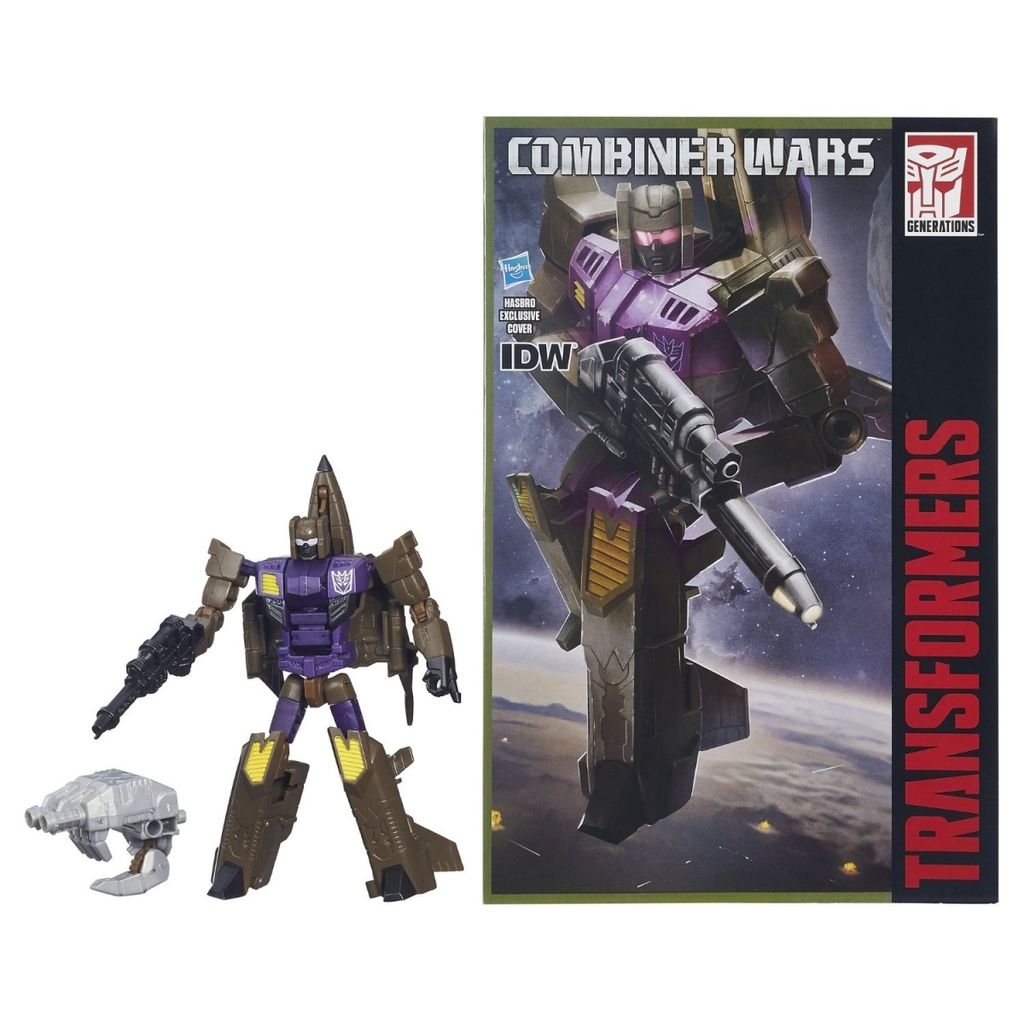 The battle doesn't get any bigger than this! Transformers Generations Combiner Wars figures combine to form giant super robots. Build the most powerful Combiner robots from Transformers lore, including characters like Superion and Menasor, or come up with a different combination! This Deluxe Class Decepticon Blast Off figure can become part of a Bruticus Combiner build. Collect all 6 Combaticon figures (each sold separately) to build a Bruticus figure.