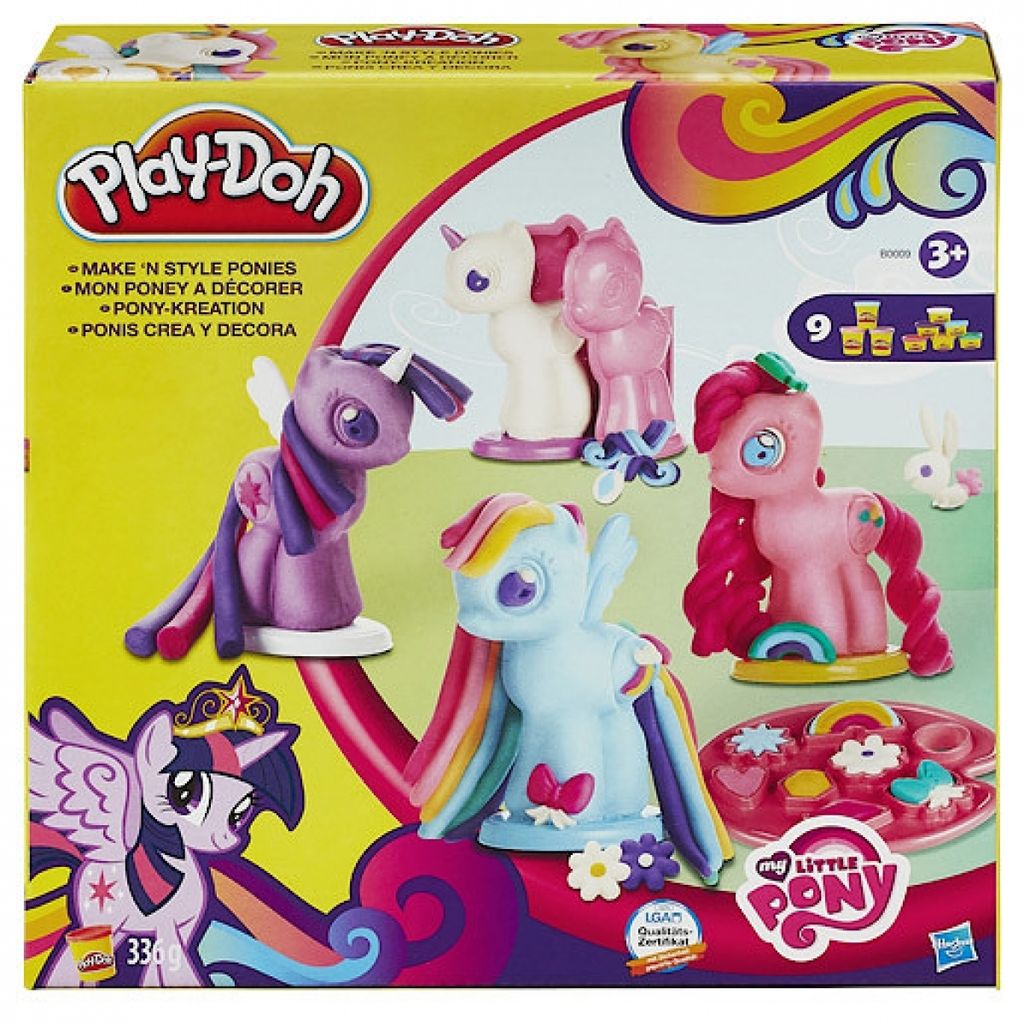 My Little Pony Make ‘n Style lets you create your own magical world!

With a rainbow of nine Play-Doh colours, you can create all kinds of My Little Pony friends including Earth ponies, Pegasus ponies, Unicorns and Princess ponies.

Use the four pony bases and moulds to shape your ponies then give them beautiful rainbow manes with the extruder. Make your ponies uniquely you with cutie marks and other accessories!

A great gift for MLP fans aged three and up.

What’s in the box?