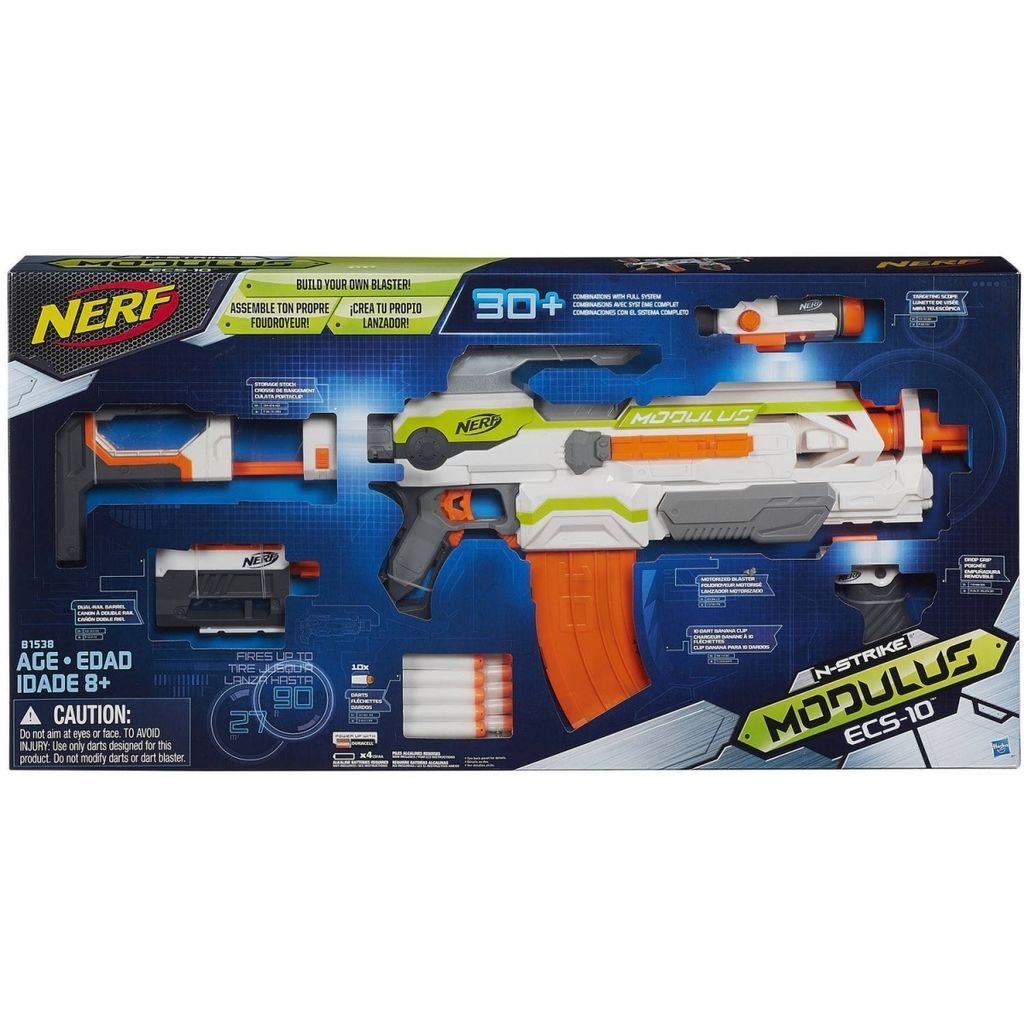 The Nerf N-Strike Modulus ECS-10 Blaster is a fun toy for kids looking to hone their marksmanship skills. The flexible and versatile toy is designed with a variety of functions. With a drop grip, dual-rail barrel and its many removable parts, this blaster toy can be customized in over 30 different configurations. Included are 10 darts that can be loaded into the banana clip for easy reloading and rapid firing. There is also a targeting scope for added accuracy. The Nerf N-Strike blaster launches darts at distances of up to 90' to hit far-off targets. The dual-rail barrel holds other components. Parts that can be added or removed included a fore-grip and a barrel attachment. This blaster is recommended for kids aged 8 years and older. Nerf and all related terms are trademarks of Hasbro.