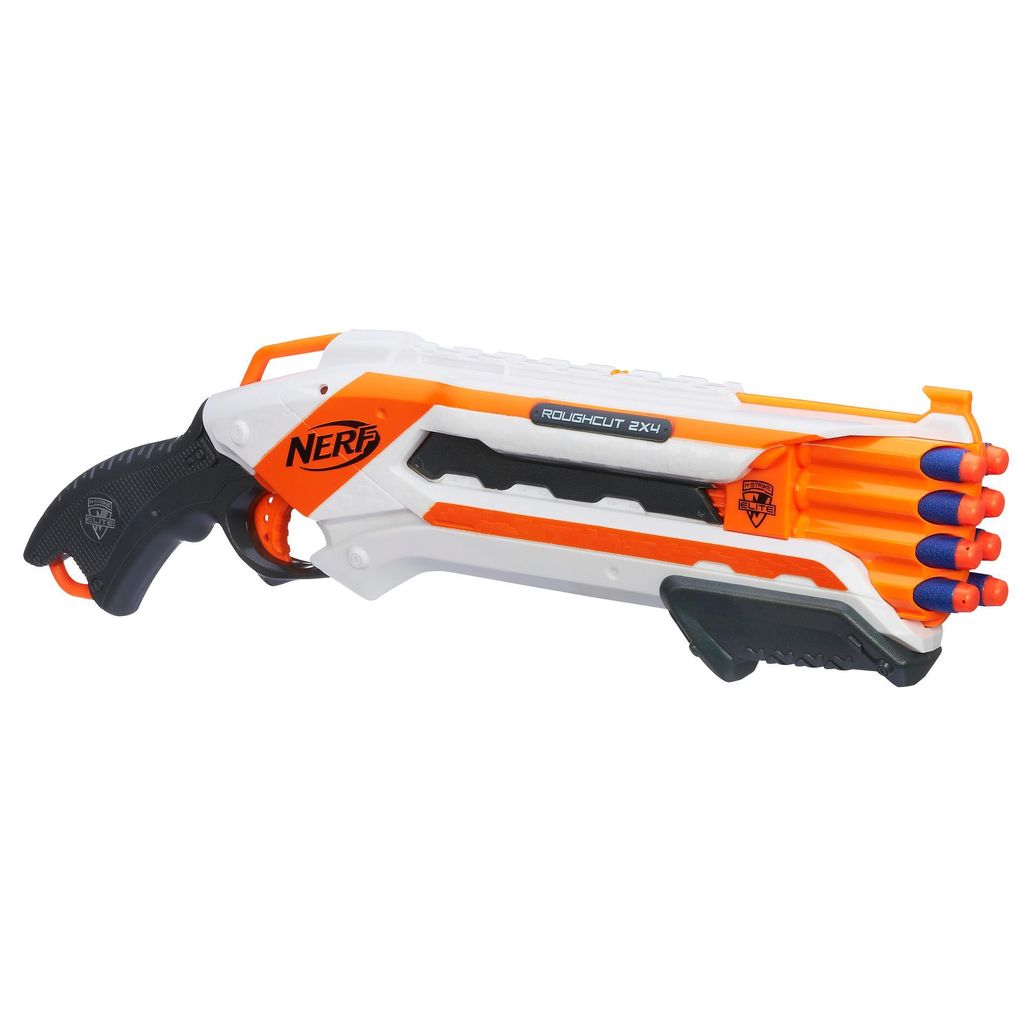 Slam into battle with the double-barreled domination of the Rough Cut 2X4 blaster. This sleek blaster lets you launch 2 Elite Darts at once at targets up to 75 feet away, and the pump-action design lets you pump repeatedly to unleash a steady double stream of darts. Launch up to 8 Elite Darts without reloading. As with most N-Strike blasters, the Tactical Rail lets you add most N-Strike Tactical Rail accessories (sold separately) for more battle capability. Power up the multi-shot madness of the Rough Cut 2X4 blaster and get ready to dominate with both barrels.