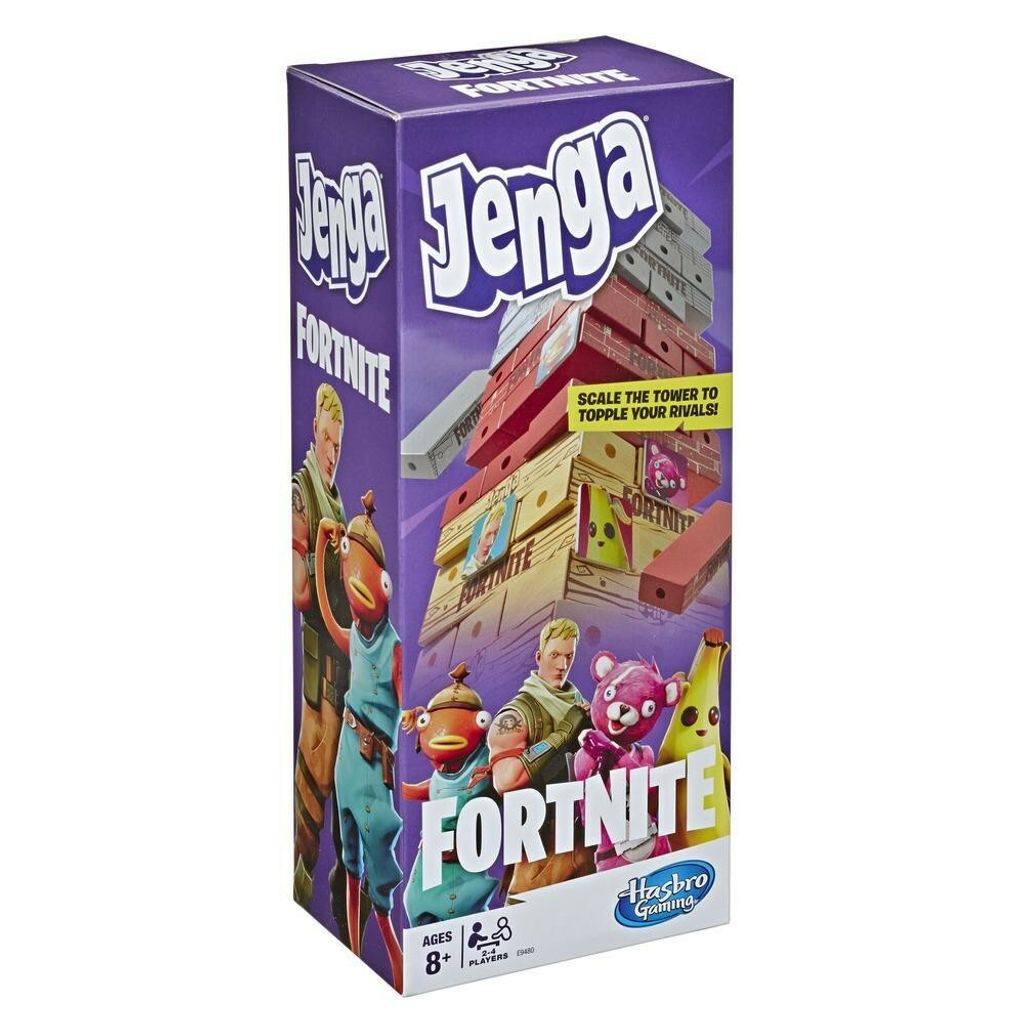 RM 119.90 RM 0.00
Inspired by the Fortnite video game, the Jenga: Fortnite Edition game has players storming their Fortnite character up the tower, aiming to be the first one to get to the top. But watch out…if the tower falls on a player's turn, they'll crash out of the game. Spin the spinner to find out what the next move is: How many layers to climb, and which type of blocks to stack. It's a battle to the top as players move their own pegs up and their opponents' pegs down, all while trying not to make the tower crash. It's a great gaming experience for fans of Fortnite and Jenga alike!

• JENGA GAME WITH A FORTNITE TWIST: It's an exciting Jenga game with artwork, themes, and characters inspired by the popular Fortnite online video game
• SPIN, STACK, CLIMB: Players spin the spinner and follow the commands: The number and type of blocks to stack, and how many layers their Fortnite character must climb
• DON'T FALL SHORT: Players move their own pegs up and their opponents' pegs down as they remove and stack blocks. But if the tower falls as they climb or stack -- it's game over for them
• BATTLE TO THE TOP: The first player to insert their Fortnite character peg into one of the top holes in the tower wins
• FORTNITE FANS: Jenga: Fortnite Edition game is a fun and challenging game for Fortnite fans! It makes a great birthday or holiday gift for gamers and Fortnite fans ages 8 and up